Dolphin conservation in the Med 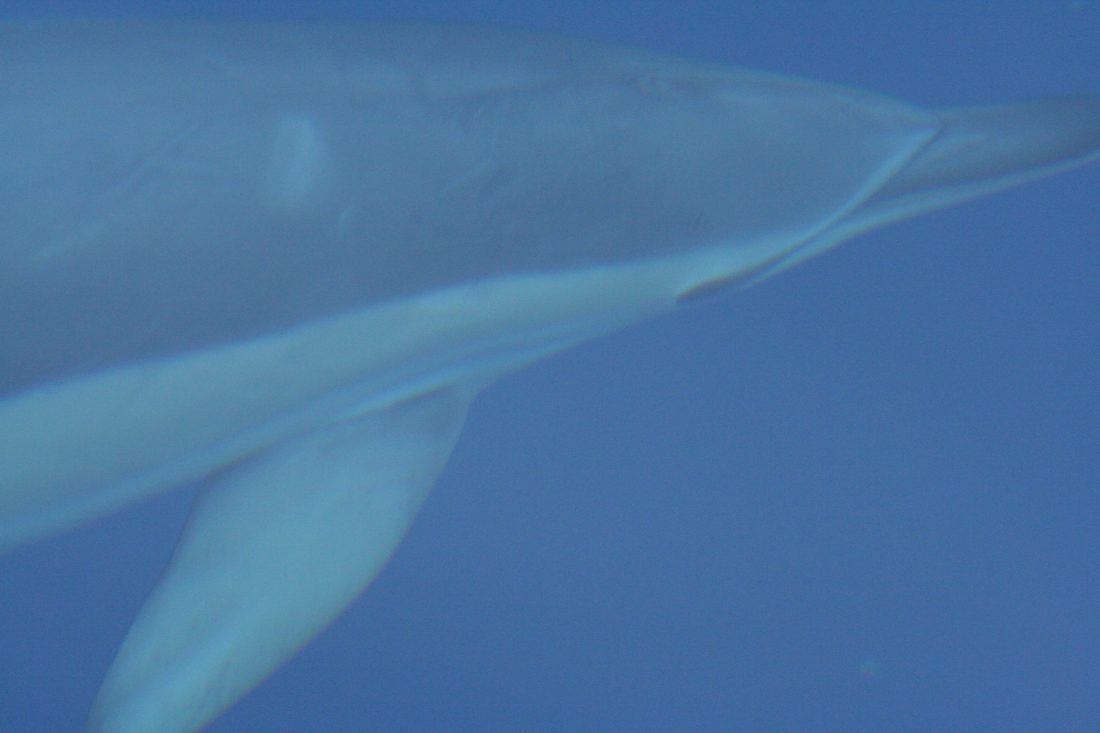 Dolphin conservation in the Med

For The Times Travel

I climbed the rigging of the old Norwegian fishing boat to watch an orange moon rising over the Alboran Sea. It was midnight in Andalucia, southern Spain.

A motorboat chugged quietly into harbour and moored beside us; the mountains of the Sierra Nevada rose black in the distance. In the morning, we would sail in a south-westerly direction towards the coast of Morocco, to look for dolphins.

Dolphin hunting in the Med

I climbed the rigging of the old Norwegian fishing boat to watch an orange moon rising over the Alboran Sea. It was midnight in Andalucia, southern Spain.

A motorboat chugged quietly into harbour and moored beside us; the mountains of the Sierra Nevada rose black in the distance. In the morning, we would sail in a south-westerly direction towards the coast of Morocco, to look for dolphins.

I was on board the Toftevaag, a wooden ketch commissioned in 1910 for herring fishing in the Northern Sea. Today, beautifully restored, varnished and equipped as a research vessel with modern navigational and scientific equipment, she belongs to Alnitak, which is a non-governmental agency (NGO).

Alnitak operates as cetacean research organisation run by Spanish marine biologists Ana Cañadas and Ric Sagarminaga van Buiten. They patrol the coastal waters of Andalucia, monitoring the dolphins and whales that remain in the area.

Since 1991, Earthwatch, the international environmental charity, has funded the work of the Toftevaag, largely through the placement of volunteers, who pay for the unique experience of working with biologists in the field to protect cetacean life. The volunteers’ expenses contribute towards the high daily running costs of the Toftevaag, which sails between 40 and 50 nautical miles a day.

The BBC’s “Blue Planet” series filmed aboard the Toftevaag and, inspired, I joined a team from the UK, France, US, Denmark and Germany in the boat’s home port of Almerimar.

Among the brash gin palaces and identical white yachts on the moorings, the Toftevaag, with her wide oak deck, wooden hull, and towering masts had the 19th century feel of a pirate’s ship, a boat built for romance and adventure on the high seas.

We were greeted by skipper Ric and his two young daughters, who spend every school holiday afloat, looking after the ship’s dog and shinning up and down the ropes like bronzed acrobats. He outlined the potential hazards of life on board (sunstroke; dehyradtion; falling down the galley stairs), before taking us for tapas and sherry on the quayside.

The Albor?n Sea is one of the most important regions of the entire Mediterannean. The only gateway between the Mediterranean and the Atlantic seas, it is referred to as a “hydrological engine” because the difference in conditions between the two seas (the Atlantic is cooler and less salty) creates a clash of waters that lift up rich nutrients.

These “upwellings”, as they are known, attract an abundance of fish, and thus the cetaceans that feed on them. The Albor?n Sea is also an important migration route for many marine species, including pilot whales, sea turtles, and bottlenose and common dolphins, and yet 20 per cent of the world’s maritime traffic passes through it.

Ana and Ricardo’s mission is to document how many dolphins and whales remain in the Alboran Sea, and what factors are affecting their survival. Unsurprisingly, many of these factors stem from human activities.

Over-fishing, toxic pollution from rivers that empty into the sea, pesticide run-off from intensive farming and sewage from tourist sites are all taking their toll on cetacean and marine life. In studying the group structures, abundance, social behaviour and home range, Ana and Rick hope to use the information not only for its own sake, but also as indicators of the health of the ecoystem.

The area is also one of the most acoustically polluted areas in the world (manmade sonar and naval equipment can affect the subtle communication and echolocation systems of cetaceans).

On the first morning, the sudden loud growl of the engine woke us at dawn. We were given 15 minutes to sprint to the harbour showers before breakfast on deck.

By 7am we were motoring out into the open sea, whilst the sky turned pink behind us, the day fresh and luminously beautiful. Almost immediately, we were joined on either side of the boat by a large pod of common dolphins, that swam and splashed and jumped beside us, like marine outriders escorting us into their world.

Once breakfast was packed away, we were shown the hourly rota of duties that became the routine for the week. We took it in turns to collect data on wind, sea and envrironmental conditions every 20 minutes, and analysed water salinity and temperature. All statistical evidence was essential in building a picture of the cetaceans’ environment.

We also took turns at the helm and, crucially, at port and starboard look-out posts, on watch for dolphins, whales and sea-turtles. Ric taught us how to scan the horizon with binoculars for the “cues” of dolphins – a jump, a splash or a glimpse of the tip of a fin.

“It might seem boring to begin with, but sightings are obviously essential for our work”, he explained. Boring it wasn’t: I’d found a lofty purpose that finally justified staring at the sea for hours on end. It was peaceful, meditative work. Not much would happen.

A shearwater would fly over, a swordfish would break water a few metres away. I’d reapply some sun cream; the mast creaked; a snippet of conversation would drift down the boat. It was hot, and hard not to be lulled asleep by the hum of the motor and the rise and fall of the Toftevaag through the swell.

And then suddenly, someone would yell “Sighting!” and we would scramble, to see the dolphins reappearing out of the blue, streaking along beside us, darting below the boat before emerging on the other side.

They would jump with a “pfffffffff” to breathe before disappearing back under, their silver-grey bodies diving in perfect arcs. We grabbed cameras for photo-identification (the fins of dolphins and whales are as unique to cetaceans as fingerprints are to humans), and quickly took data on the group’s position, structure, size and behaviour.

And we watched as they glistened and zig-zagged through the clear sea, twisting on one side to cast a black eye up at their mesmerised audience, before jostling for best position in the wave created by the Toftevaag’s stern.

Often Ric or Jeppe, a Danish biologist on board to examine the use of acoustic deterrent devices in fishermens’ nets, would scramble the “Zodiac”, a small rigid inflatable boat (or RIB), in order to get closer to the animals. We came across a family of pilot whales on our fourth day, a hot day so hazy we quickly lost sight of land.

The horizon was indistinguishable, the sea millpond flat. I felt totally detached from our landlubbers’ world, lost in a blue haze of water and puffing whales.

They moved slowly towards the RIB, gently whistling and clicking to each other, tiny calves swimming close to their mother’s bellies like small black submarines. They seemed inquisitive and innocent, calmly watching us watching them, and we must have spent more than an hour or two with the whales – together on a calm sea, working each other out.

And that’s really what the Toftevaag is about: working out the lives and habitats of these extraordinary creatures so we can save them from what threatens them.

This goal bound the whole team. Initially I thought that a week cheek by jowl with 13 strangers on a boat – however beautiful, however magical the experience – might test my patience. I thought there might be a moment or more of tension, or a faint whiff of mutiny.

The Toftevaag is, after all, not a pleasure yacht, but a working boat with little real comfort. Yet we quickly slipped into a routine, spending up to eight hours at sea a day, rarely going for an hour without the company of dolphins and whales or the occasional migrating sea turtle.

By late afternoon, after lunch under the red awning, we headed back to land, often stopping en route to lower the rope ladder for a swim. Once back in port, we drank cold beers and ate galley-cooked suppers by gaslight before dragging mattresses out from the cabin to sleep on deck under the stars.

The website of the United Nation’s Year of the Dolphin reads, “Wild dolphins need clean and quiet oceans, protected areas and people who care”.

It seems to sum up the work of Alnitak, whose official successes to date are admirable. They have helped to establish a Marine Protected Area (MPA), and encouraged the International Maritime Organisation (IMO) to move the busy shipping lanes.

Future projects include the preservation of the old fishing communities of the Cabo de Gata nature reserve by restoring an old fortress that will be used both as a museum and a fish market.

But it’s more than that. Through Earthwatch, they are also giving those of us who can only dream of being close to wild dolphins an extraordinary experience. “It’s at night, just before sleep, that the beautiful images of dolphins come back to me”, said Ana. And so they do.

Earthwatch currently offers volunteering opportunities on over 120 environmental research projects in 55 countries. Costs to join a project range from £175 to £2,550 and projects last from three to 18 days.

The price paid is a charitable donation, which funds the research. Accommodation, food, training, emergency medical evacuation and the off-setting of greenhouse gases are included in the price, but travel costs are additional.

For more information about how you can become an Earthwatch volunteer, check out www.earthwatch.org/europe – alternatively have a chat with one of the expedition recruitment team on 01865 318 831, or e-mail: projects@earthwatch.org.uk